The Institute for Supply Management’s December Manufacturing ISM Report on Business was ballyhooed by the market on Monday. The headline PMI increased to 53.9%, up 1.2% percentage points compared to last month. A reading above 50% indicates that the American manufacturing sector is expanding, and the higher the number the more accelerated the growth. Take a closer look at the numbers below and they’re decent, but mixed. Manufacturers’ backlogs of orders are decreasing, though at a slower rate than last month. And the time it takes for suppliers to deliver materials is dropping, an indication they may not be doing as much business.

The bits of anecdotal evidence reported in the survey shed some light on why results are mixed across the economy. One respondent to the survey from the machinery industry told ISM “Business seems strong, but likely due to tax advantages of purchasing capital expense items.” With the rate of depreciation companies are allowed to report on their taxes falling in 2012, companies stocked up on equipment in December to lock in the temporary tax benefit. Much like “Cash for Clunkers” and the first time homebuyers tax credit; this program will only create a temporary economic boost.

Another respondent, from the computer and electronics industry said of his hiring plans, “Continued conservative hiring, with tight discretionary spending controls due to slower growth expectations for 2012, driven by Euro zone sovereign debt concerns and lack of viable U.S. legislative process through the 2012 election.” With a presidential election year underway, it is doubtful Republicans and Democrats will miraculously begin to find common ground in 2012. Meanwhile, across the pond, the European sovereign debt crisis is not getting any closer to resolution. Newly installed Greek Prime Minister Lucas Papademos said today that without new bailout plans, his country will default—even after so many attempts to stave off just that event.

So what is the takeaway for investors? After Monday’s data-point rally the market plunged Tuesday morning, only to rise again later in the day. Neck-breaking volatility in markets since 2007 has made anything but a conservative long-term strategy imprudent for most retired and soon to be retired investors. 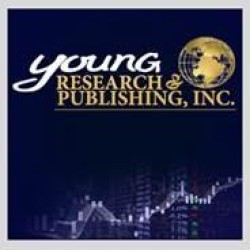